May the Fourth be with you!

More than a little excitement amongst the Star Wars nerds at the Albany that our next Disco Kids, aptly themed Spacetacular, is happening on May the Fourth. The day is ‘Intergalactic Star Wars Day’, treated by many as an occasion to  celebrate the blockbuster film saga (as if an excuse is needed) – a pun on the film’s iconic line: ‘May the Force be with You’.

Disco Kids Spacetacular, the boogie wonderland for the under 7s, encourages youngsters to dress up in space-themed costumes and take to outer space (our Theatre and garden) to party the day away to tunes by DJ Jean Genie and the dance expertise of C-12 Dance Theatre, taking place this Sunday, 4 May from 2-5pm. To help you get inspired, we’ve compiled our top 10 Sci-Fi costumes from deepest darkest Cyber Space:

A rather realistic Ewok.

A Lego version of the bounty hunter, Boba the Fett. 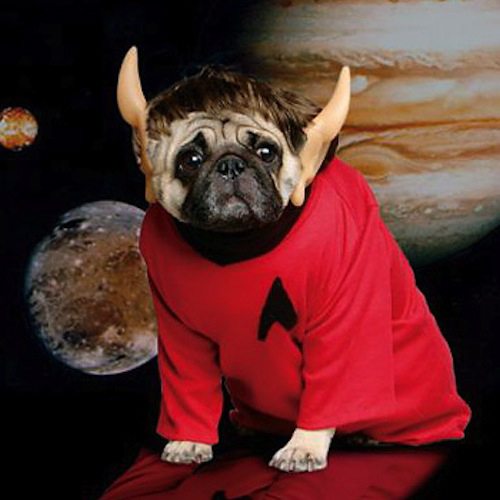 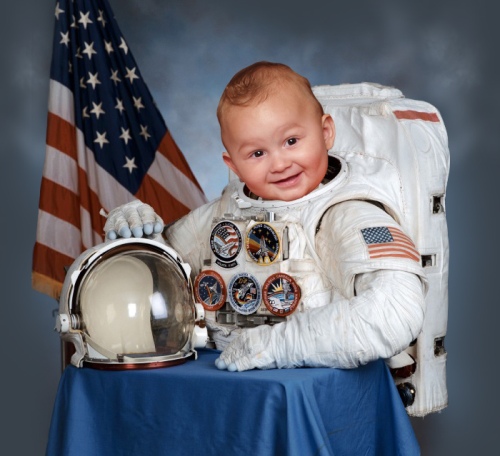 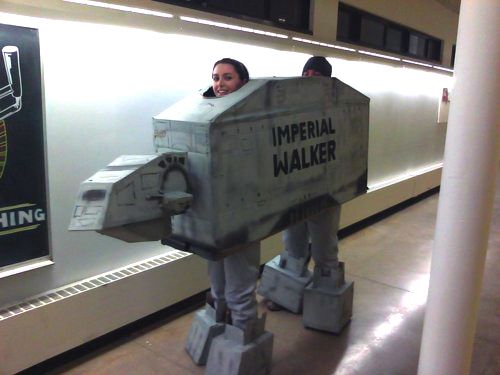 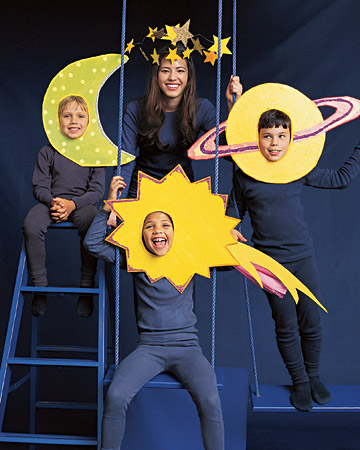 Another great group outfit: part of the solar system. 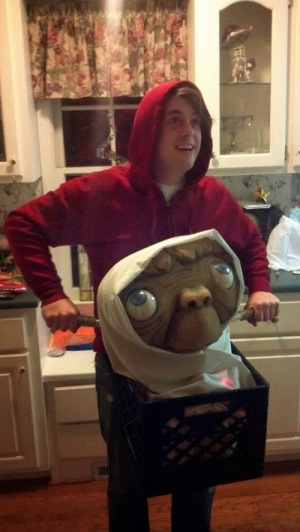 The buddy of E.T.: the Extra-Terrestrial.

One of the little green aliens from Toy Story. 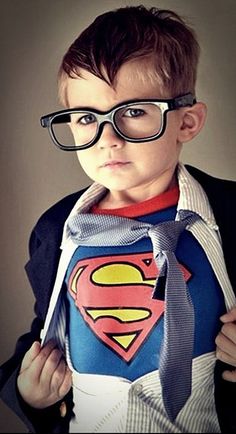 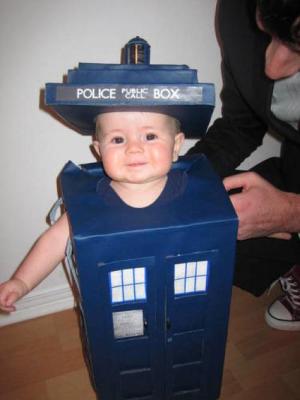 The cutest TARDIS ever.

We hope this inspires you all to dress up appropriately this Sunday. To find out more about Disco Kids Spacetacular and to book, click here.

Arts Marketing for the Visually Impaired

With nearly two million people in the UK who are blind or partially sighted, making theatre accessible for the visually impaired is crucial. This month, the Albany is presenting The Chairs (Tuesday 29 April – Friday 2 May), produced by Extant, Britain’s only professional performing arts company led by visually impaired (VI) people.

In advance of the show, the company visited the Albany to give staff a workshop on  improving accessiblity for the VI community. Our Marketing Assistant, Allison Gold, tells us what she learned, particularly about marketing to a VI audience:

Working in arts marketing for the past few years, as well as being involved in the performing arts my entire life, I had never previously explored effective ways of communicating to a visually impaired audience. Just being near sighted with contact lenses, I admittedly took for granted my vision and how that makes watching theatre relatively easy. So, when this workshop with Extant was announced, I was immediately keen to learn more.

Facilitated by Sue Perry, Extant’s Training Development Manager, the workshop included the entire Albany team, from our Box Office Assistants, Technical crew and Communications team. Extant members Marion Mansfield and Tim Gebbels, both of whom are visually impaired and obviously involved in the performing arts, guided us through common misconceptions about the VI community. We were then introduced to various gadgets that VI people often use, such as magnifiers, money readers that measure the size of notes and coins, and machines that say the colours of things out loud. It was fascinating – things I had never even thought of before!

From there, we broke off into our respective teams to work through specialised case scenarios. This part of the workshop was especially beneficial to the Comms team as we focused on how marketing to a visually impaired audience differs from a fully sighted one, and the best practice for marketing to both on an everyday basis without alienating the other. As marketing is often a visually led platform, with most arts campaigns focusing on one lead image and using it for print, website, social media and advertisements, it’s not exactly VI-friendly. Here’s what we’ve learned about marketing the arts to the visually impaired:

What issues do you need to consider when marketing for a VI audience?

–How will they  find you? Include a detailed description of how to get to the venue on the website.

–How will they view your visual marketing? To those who are partially sighted, large enough font sizes and clear colour contrasts in all communications are vital to reading your communications.

–How will they hear about you audibly? Including radio announcements and audio podcasts into your communications plans could make the difference to VI people finding out about your events.

–How will they read your digital communications? VI people often have different computers that read out internet pages and e-communications. Image links should be properly named so they know where links will be directing them to, instead of just a string of nonsensical code.

–How will they read/see your website? As with e-newsletters, make sure everything is properly labelled and links are working correctly. Large enough font sizes and colour contrast is also key here. Perhaps involving the VI community at the beginning of your website, by auditing it, would bring up any areas to develop.

–How will they have the most hassle-free experience? Ensure that they know what to expect when arriving at your venue, ie. if there is the Deptford Market on Monday and Wednesday mornings right outside your door, then stating this on your website might alleviate any unnecessary travel woes and confusion.

–How can you make this experience better, particularly since they cannot see the costumes and sets? Consider areas to enhance their experience and personalise it for them. Since they may not be able to physically see a production’s set or costumes, why not offer a Touch Tour? Work with other areas of your venue and organisation to make these opportunities happen.

–How will you know if you are effectively marketing to them? Just ask. Evaluating their experience via normal channels, such as using audience feedback forms etc., would definitely do the trick.

–Are there areas that you can add to better serve the VI community? Other forms of communications that are not often included in your strategy might be worth considering, including telemarketing campaigns and online surveys.

Doing all of the above, and more, can build good relations with blind and partially sighted people, enriching their experience at the venue and make them more likely to become regular audience members. Once this trust has been established, and once they’ve successfully visited a first time without any large hiccups, they are far more likely to return, whether shows are specifically for the visually impaired or not.

More generally, here are 10 facts that Extant taught us about visually impaired people. Did you know:

2) Four out of five people with sight problems are aged 65 or over.

3) You do NOT have to be totally blind to be eligible for a guide dog.

4) Most blind people can see something.

5) Braille is NOT the chief written medium by which blind and partially sighted people communicate. Only 4% of VI people can read it; it is after all another language.

6) It is unlawful in the UK for a taxi driver to refuse to take a passenger because they have a guide dog.

7) Four out of five blind and partially sighted people of working age are unemployed.

8) It’s NOT okay to feed or attempt to play with guide dogs when they are on duty; it distracts them from their job.

9) It’s all right to say ‘see you tomorrow’ to a blind person!

10) Blind and partially sighted people may not go to the theatre quite as often as the fully sighted, mainly due to inaccessibility.

Following this informative workshop, we are working to further improve the Albany’s accessibility for the VI community.

Check out Extant’s The Chairs, here from 29 April to 2 May, starring two blind actors in the lead roles to bring a new interpretation to this classic text by Eugène Ionesco, adapted by Martin Crimp. Extant is also offering free Touch Tours before each show (a guided opportunity to handle and feel key props, costumes or set, with detailed description around how they feature in the play).

Is Art a Form of Therapy?

Alain de Botton, founder of The School of Life , gave a secular sermon on the importance of art in giving our lives meaning, by providing therapy and solutions to life’s dilemmas. We hope this offers some hope and enlightenment for everyone this week.

Do you think art is an effective form of therapy? Let us know ways art has improved your lives.

‘Buildings are more than bricks’: Chill Pill on the fate of Glasgow’s Red Road Flats

Chill Pill are in residence at the Guardian, and this week poet Adam Kammerling wrote a touching spoken word response to the plans to demolish Glasgow’s Red Road flats live on television as part of the Commonwealth Games. With backlash over people’s homes and history being publicly demolished in such a spectacle, Adam brings a poignant perspective for the second instalment of Chill Pill’s Guardian takeover. Click on the image below to have a watch:

Chill Pill will be hosting and performing at Chill Pill: The Big One at the Albany on 24 April. For more information and tickets, click here.