The Penguin in the Room 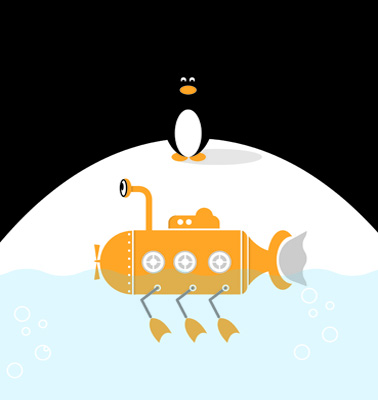 This week we opened our doors to Dep Arts and Slung Low for unique family treat Emergency Story Penguin on Wednesday 22 April until this Sunday 26 April. This exciting, interactive family adventure starts in the foyer, takes you on a submarine, out into Antarctica, back onto the submarine and hopefully, if you’ve managed to power the submarine well enough, back home safe and sound with a penguin that you’ve rescued. Sounds exciting, right? We decided to test this theory by inviting two local primary schools in to be the first to go on this adventure. Our Marketing Assistant, Rachel McCall, lets us know how it all went down.

Wednesday saw two classes from Invicta Primary School come in for the first of two days of staff-led workshops and an exclusive showing of Emergency Story Penguin. Now I won’t lie to you here, myself and the rest of the team doing to the workshops were a little nervous, we were about to be swarmed by 60 five to six year olds, this is enough to put the fear in anyone who has made the conscious decision not to work as a teacher, but non-the-less we had done our prep, had a couple of coffees and we’re hyped up to go. The students arrived absolutely buzzing with infectious energy and within five minutes we were totally hooked on working with them. We took them on a tour around the back stage of the theatre, gave them a go at radioing the technicians and cuing the lights and sound effects, asked them to make their own play, and tested their theatre knowledge (which was impressively advanced). They then went to see the play, and we met them hour later to see how it had gone, the feedback was a thrilling mixture of ‘YAY’, ‘awesome’ and ‘that was so cool’; we’d call that a success!

And so Thursday morning dawned, and us weary work-shoppers dragged our aching bodies out of bed and into the Albany just in time to prep for the next school, St Winifred’s RC Infant School, who arrived with 60 new excited students. Once all florescent vests had been piled in a corner, we got down another day of workshops, theatre tours and Emergency Story Penguin shows. By the end of the day we all agreed that, although exhausted, we were sad that we’d only planned two days of schools and that it’s definitely something we’d love to do again.

Some of the audience feedback from our schools performances.

There are still three days to catch Emergency Story Penguin. For more information and to book tickets, click here.